South Africa has dedicated over three million hectares of its total landmass to the conservation of its natural heritage. The country is renowned for its rich heritage of wildlife and natural beauty. Ther most famous park is the Kruger National Park but every park has something unique to offer. No visit to South Africa will be complete without a visit to at least one of the parks. Most of the parks have the Big Five as residents; Buffalo, Elephant, Lion, Leopard and Rhinoceros. The national parks are known for the incredible natural heritage they conserve. Fewer people are aware that certain parks also guard and preserve a rich cultural heritage that includes several important archaeological sites. Nature trails and game-drives are offered by most of the parks and provide an opportunity to commune closely with nature. Whichever you may choose, prepare yourself for a once-in-a-lifetime experience and adventure.

There are 20 national parks in South Africa, some of which are still in the development phase. Combined with a large number of provincial, regional and privately owned reserves, these conservation areas present the visitor to South Africa with a unique treasure trove of wildlife.

South African National Parks can be found in a variety of the country’s regional habitat and topographic biomes. These include:

Kruger Park: Characterised by combinations of savannah, thornveld and woodland eco-zones. Large African mammals are present. Kruger has 12 main rest camps, 5 bushveld camps, 2 bush lodges and 4 satellite camps.
Arid Cluster: Characterised by arid climate, sparse vegetation and sandy soils, these parks fall in the Northern Cape Province. Large African Mammals are present in these parks. Augrabies Falls, Namaqua, Kgalagadi Transfrontier, |Ai-|Ais/Richtersveld and Mokala National Parks fall into this cluster.
Cape Cluster: Falling within the South Western reaches of the Western Cape Province; these parks are home to the endemic Cape Floral Kingdom. They may also feature mountainous, coastal, riverine or estuarine habitats. Bontebok, Table Mountain, Tankwa Karoo, Agulhas and West Coast National Parks fall into this cluster.
Frontier Cluster: Located in the frontier regions of the Eastern Cape made popular by the travails of the 1820 Settler’s. Large African mammals are found in these parks that include a variety of habitats across the parks, ranging from nama-Karoo, grassland, montane, forest, valley thicket, fynbos and coastline. Addo, Karoo, Camdeboo and Mountain Zebra National Parks fall in this cluster.
Garden Route Cluster: Located in the picturesque Garden Route on South Africa’s southern coast, these parks feature a range of habitats including rocky shorelines, temperate forests, lakes, rivers, estuaries and fynbos. Tsitsikamma and Wilderness fall into this cluster, as well as the Knysna Marine Protected Area.
Northern (Grassland and Savannah) Cluster: Featuring savannah thornveld or grasslands, these parks are located in the northern provinces of South Africa. Mountains are a feature of some. Golden Gate, Mapungubwe and Marakele fall into this cluster.
The many National Parks and Game Reserves certainly belong to South Africa’s main attractions. Here one can observe the huge variety of African animals at close range and in grandiose sceneries. In a safari group with tour guide or travelling on your own – you can always be sure to have unforgettable encounters and lasting impressions. 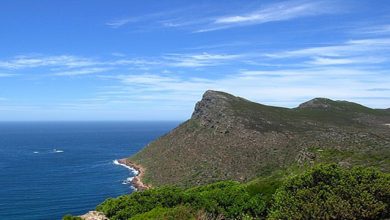 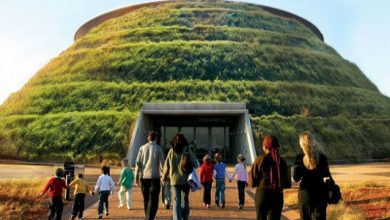