Just 11 km off the shores of the city of Cape Town lies an isolated rocky island called Robben Island. “Seal” Island is easily visible from across Table Bay. The island has gained importance as an international symbol of freedom and a testament to the endurance of the human spirit. Nelson Mandela described this island as an icon for the entire world, representing the universality of human rights and of peace, hope and reconciliation. To the world then, Robben Island serves as an inspiration in the fight against injustice and oppression.

Robben Island is the largest island off the South African coast. It is a low-lying rocky outcrop at the entrance to Table Bay. It is about three and a half kilometres long by one and three quarters kilometres wide and has an area of almost 600 hectares. On the highest point of the island lies the historic lighthouse, which still plays a role in the signalling system for Table Bay harbour.

The weather on the island is more extreme than that on the mainland and adds to the general air of desolation that hangs over the island. Its winters are colder and drier and the winter gales and tides on its north-western shores make them inhospitable.

Robben Island was declared a national monument and national museum in September 1997. Two years later, Robben Island was proclaimed a UNESCO World Heritage Site. The island, and one sea mile surrounding it, is the property of the South African government, except for a small piece of land owned by the church. The Robben Island Museum is responsible for the management of the island and, as a living museum, aims to develop the island as a national and international heritage and conservation project, which promotes the unique symbolism of the island and contributes to the development of South African society, whilst nurturing creativity and innovation.

Daily tours are undertaken by the Robben Island Museum. Ferries depart from the Victoria & Alfred Waterfront and are one of Cape Town’s most popular attractions. Explore the island and visit the tiny cell where Nelson Mandela spent 27 years of his life. Several boat and yacht trips traverse the area around the island and offer unique views of the jackass penguin colony that has made the island its sanctuary. Visitors are bussed around the island and taken to the various historical sites. Added value is lent to the tour by the guides, some of whom were also imprisoned on the island as political detainees. The tales of their experiences will send visitors home with much food for thought.

History of the Island

Settlement on Robben Island has always been of a short-term nature, with times of neglect between the periods when the island was used for very different purposes. The island’s inhabitants were generally either there involuntarily or were employed to look after those detained there. The lack of fresh drinking water also limited the development of the island. The limited underground water supply is not suitable for drinking purposes and drinking water had to be collected from rainwater and stored. During the island’s use as a prison, water had to be shipped across from the mainland. Apart from the village and institutional buildings located on the southeasterly side, the island is largely undeveloped but there is a perimeter road around its coast and it has a centrally positioned airstrip.

Robben Island has had a long and eventful history. Over the centuries, many prominent leaders of the fight against political oppression were incarcerated here. In the last four hundred years the island’s prisoners and exiles included slaves from Angola and West Africa, princes from the East, chiefs who resisted British rule, lepers, the mentally disturbed and, in more recent times, political opponents of the apartheid regime. Apart from acting as a stopover for ships and as a military stronghold, it was the island’s role as a prison for political prisoners that gave it its prominence in history.

The many political and religious leaders who were banished to Robben Island from the East Indies were instrumental in the growth of Islam at the Cape. A Muslim shrine or Kramat on the island, built in the 1960s on the site of an earlier shrine, honours the memory of these men. Political circumstances in South Africa in the late 1950s led to Robben Island being converted into a maximum-security prison. The institutionalisation of apartheid by the National Party led to mass protests by black political organisations, which sought to mobilise people against the apartheid laws. The first batch of maximum-security prisoners arrived in 1961. These were all black men and included both criminal and political prisoners.

One of the most prominent political prisoners on the island was the leader of the PAC, Robert Sobukwe. He was kept isolated in a small house on the island and prevented from communicating with anyone other than his guards. Among the prisoners who arrived later was the island’s most famous prisoner, Nelson Mandela.

Conditions in the prison were severe. Political leaders were kept separate held apart from the other prisoners, confined to single cells and were allowed little contact with fellow prisoners or with the outside world. Food was withheld as punishment for minor transgressions and beatings were frequent. In addition, food portions were small and all prisoners had to perform hard labour such as quarrying and crushing stone, collecting seaweed and chopping wood. The political prisoners employed many tactics to try to force the authorities to improve prison conditions. Hunger strikes, legal action and publicity became their new weapons against the government. Slowly, concessions were made, one of the most important being the removal of the common law convicts to a separate prison on the island in 1965. As outside pressure increased, prison conditions improved. Manual labour was abolished after 1977; visiting hours were lengthened and the quality of the food improved.

In 1982, Nelson Mandela and other high-ranking ANC prisoners were transferred to Pollsmoor Prison on the mainland. In 1990, President F W de Klerk announced that the ANC, PAC and other political organisations were no longer banned and that political prisoners would be released. The negotiation process, in which the Government used the possible release of prisoners as a bargaining chip, was a lengthy process and the last of the political prisoners were only released from the prison in 1991.

Today, many of the men who were imprisoned on Robben Island are political leaders in the new democratic government. Their imprisonment offered them the opportunity to share and debate political dreams and differences with each other across political and generational boundaries. When they obtained their freedom they were able to apply these political and humanitarian principles to the rebirth of a democratic South Africa. This is why Robben Island has been described as the “crucible of the moral and political cornerstones of the new South Africa”.

Flora and Fauna of the Island

Robben Island provides a safe haven for various seabirds and other wildlife. Many seabirds such as cattle egrets and black-crowned night herons use the island for breeding and resting. Other inhabitants include the Cape Jackass penguins, which have reestablished themselves on the island, and the African Oystercatcher, which is still listed as an endangered species.

The small quantity of natural flora on the island consists mainly of spring veld flowers typical of the West Coast region. Over the years, because of the needs of the people who inhabited the island, the natural vegetation and animal life was destroyed. Extensive plantations of shrubs and exotic trees were planted to provide shade and exotic animals were brought to the island to provide food for the islanders. Small herds of bontebok, springbok, steenbok, fallow deer, eland and increasing numbers of ostriches share the Island with smaller creatures such as snakes, tortoises, amphibians, lizards and geckos. The one-mile exclusion zone around the island has protected the abalone and rock lobster population and their numbers are healthy.

Robben Island has more diverse avifauna than the other South African coastal islands and, besides the many types of mammals and reptiles found on the island, it is also the only offshore island with a freshwater fish. 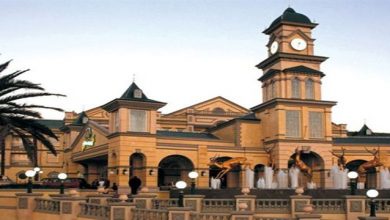 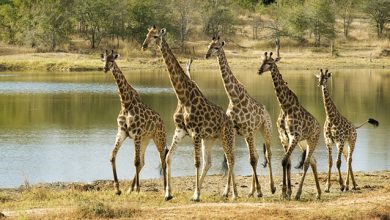 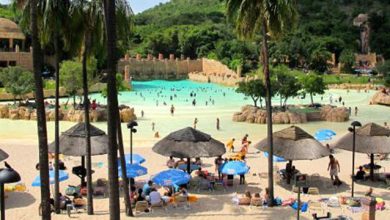