Most of the real estate companies on this list see some of their biggest sales from properties in the Western Cape. For Seeff, this has translated to receiving high volumes of sales in their offices in the province. Real estate agents from Seeff property in Hout Bay say they have had higher than expected sales and rental activity in the last financial year. The Hout Bay and Llandudno property market has topped a record high of R1.2 billion in turnover. Their high value sales include a R32 million home in Hout Bay. The high value mark is a result of the area’s fantastic lifestyle: it is near the beach, offers a street café vibe, and includes nature reserves. Sales for luxury apartments in Cape Town are also high. Seeff represents about 40 percent of the Atlantic Seaboard apartment market. Additionally, they just recently sold around 97 units for an average price of R12.7 million.

Like most companies, Rawson saw a peaked interest in property around urban centres like the Western Cape, parts of Gauteng, and Durban North. They credit this to the demand for safe, secure, and low maintenance housing. The company’s Durban branches have recorded a high interest in places like Kloof and Meadow Lane where houses sell for up to R10 million.

Chas Everitt was named the Most Innovative Brokerage In The World, beating out 500 other companies. This global award was presented at a recent awards gala held in Miami Beach at the end of the 2016 LeadingRE conference week; the gala was attended by some 2500 top real estate professionals from 25 countries. LeadingRE President and CEO Pam O’Connor says that the Most Innovative Brokerage award is given to brokers who make the most extraordinary difference for their company and business community through a major initiative that is new and different, or to those who apply new strategies to an existing challenge. “To stand out among the very best real estate firms in the world reflects an extraordinary commitment to performance and excellence”.

Remax kicked off 2017 by relaunching its famous brand. Although they will still be using the traditional red and blue balloon, the company is now more digital friendly. The subtle change in branding occurred in hopes of attracting a younger clientele. According to Remax’s Vice President of Communications, Pete Crowe, the balloon and wordmark were upgraded to help agents grow their business, as well as give them an even bigger competitive advantage in digital, social media, and mobile marketing. The company is hoping the refreshed branding will bring in enthusiastic young entrepreneurs. 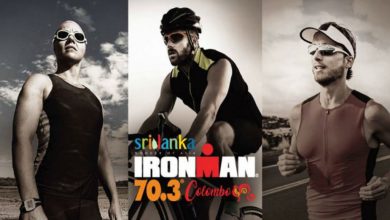